Two Peas in a Pod: The Writer and Antique Dealer

My mom is an antique dealer, and has been since I was about three years old. She choose that line of work so she could have a flexible work schedule that allowed her to earn money without taking too much time away from me. She was always able to pick me up from school and be the mom that drove my friends and me everywhere, and in the summer, I went to work with her.
We would spend our Saturday mornings trolling from one yard-sale to another, searching for treasures that she could make a profit on. 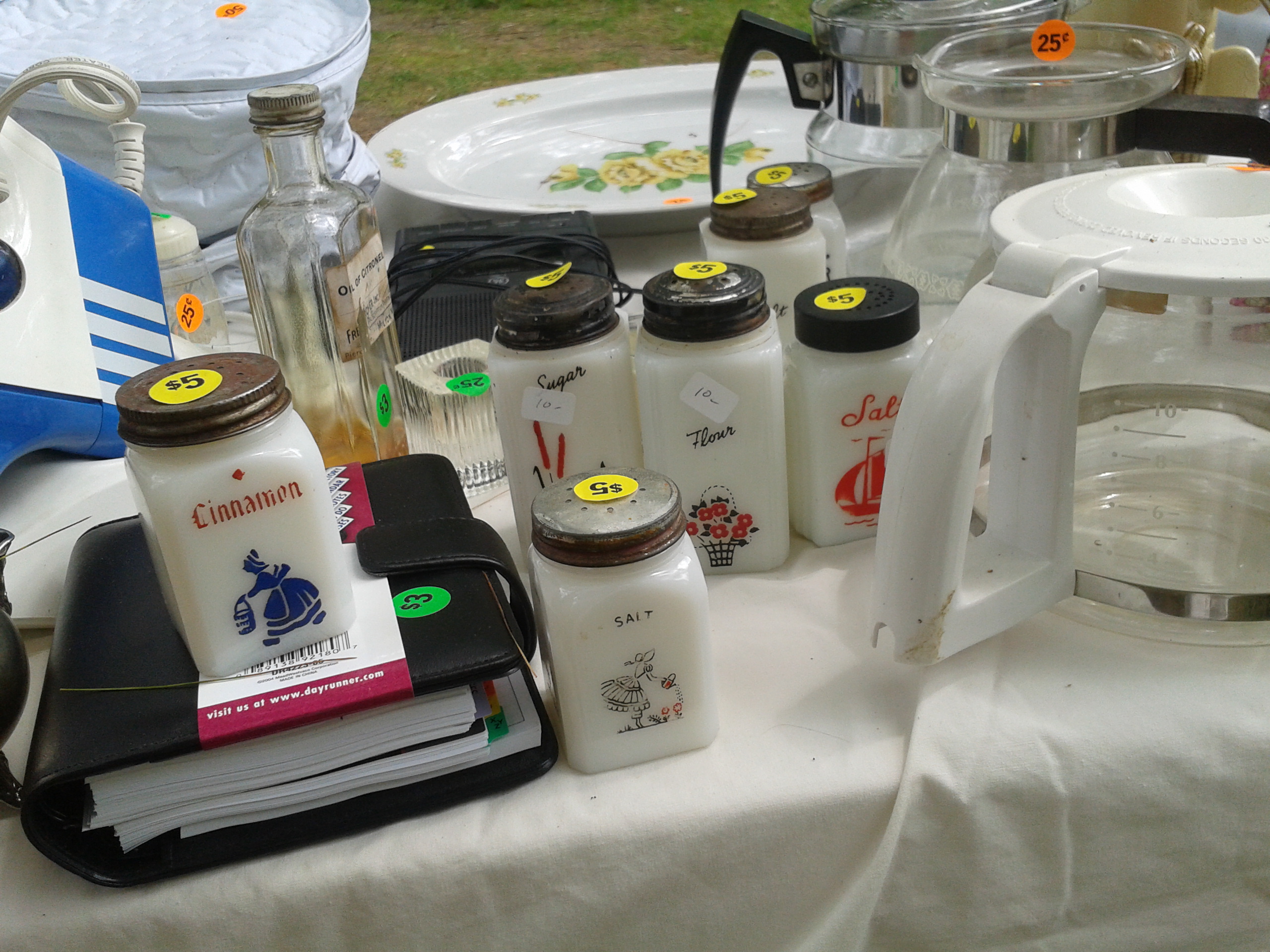 During the week, we would antique all over the five New England states. When she started, she sold in a publication called the Antique Trader. That allowed her to sell things nationally for higher prices than someone could get in a store, and by the time I was in elementary school, Ebay made her work much more profitable. Now, she could take a piece that sold for $20 in a New Hampshire shop, and sell it to someone in California, Japan or Germany for $200.

I never fully embraced the business myself, but it left me with a keen eye for undervalued items.
I can usually tell when one person’s trash would be treasure to someone else, and I can spot connections between her success as an antique dealer and my journey as an emerging writer.

Persistence and faith pay off.

My mother has always been a devout catholic, and persistent when it comes to supporting her family. We were never rich, but I never went without. Whenever money got tight, my mom would keep searching through shops until she found something that she could sell to pay the bills. Even now, with me out of the house and my dad on the verge of retirement, she is still going strong. This week, she was getting overwhelmed with vet bills and expensive car repairs. Just when she thought she wasn’t going to be able to pay everything off, she found and purchased an Elvis Presley dress for $10. She put it on Ebay, expecting it to sell for a couple hundred. When the auction ended, the high bid was over $2,000, which was more than enough to cover the veterinary and mechanical bills.

When it comes to my writing, the rejections can be overwhelming. No matter how tough it gets, I have to keep swimming against the tide. I keep revising and submitting, believing that eventually, something will get accepted. Last week, I was starting to get down and doubt myself. I thought if I saw another “Thank you for submitting ___. Unfortunately…” I was going to chuck whatever device I was reading on across the room. While I was out to eat with my mom and a friend, I took a trip to the restroom. While I was waiting in line, I refreshed my email on my phone. There was a response from Women On Writing in my inbox, telling me my story had made the top ten in their contest. This means the story will definitely get published, and I will get paid for it. I still don’t know if I am a runner up who is getting a $25 amazon card, or one of the top three who gets a cash prize. Either way, it will be the most money I have gotten for a story so far.

No matter what happens, I need to keep going and believe that things will fall into place, sooner or later. Faith is important whether it is in a higher power, numbers, or both.

Just because several people reject something, doesn’t mean there isn’t someone out there who wants it.

The glasses sat on Etsy for months. They sold in a few hours at Todd Farm.

This morning, I met my parents at a local flea market called Todd Farm. We filled our shared table with items that had languished on internet markets like Etsy and Ebay without selling, no matter how low we dropped the price. It was refreshing to see the items fly off the table, especially when the customers didn’t even try to haggle. By the time the unseasonable cold winds drove me from the field, my boxes were nearly empty and my wallet was full of cash.

It reminded me of how my favorite authors got dozens of rejections, in some cases, more than 100 rejections, before having their books become bestsellers, and how some short stories get accepted to pro markets after being rejected by dozens of other publications. I have some stories nearing ten rejections, but my experiences with the flea market renew my hope that sooner or later, they will sell.