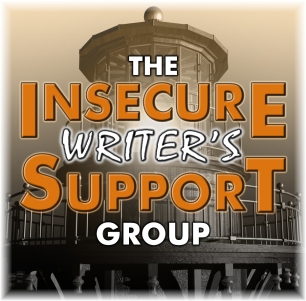 What was an early experience where you learned that language has power?

The word “chemical” has a lot of power. As a kid, it was a word that induced fear or panic. Chemicals were bad smelling things used to clean or dangerous things used in science labs.

I believe I was in fifth grade when I had a science teacher who blew my mind by telling the class things like some of the juices and sodas we drank were technically chemicals. She said that even water was a chemical.

I remember a brief moment of fear, then realizing that the word “chemical” had a much broader meaning than I originally thought.

Today, I looked up definitions of chemicals, here are some of the results I got:

“A distinct compound or substance, especially one which has been artificially prepared or purified.”

“a substance produced by or used in a chemical process.”

Basically, almost anything is a chemical. Some of the definitions mention artificially prepared substances or those used in a chemical process, but nowhere do they say it is exclusive to those things. However, these elements of the dictionary definitions do have a stronger connection to the perceived definition of the word than the more scientific definition on wiki.  (I know isn’t always the most credible website, but I included it anyway because the definition there echoed what I’d hear before. Plus, sometimes I trust the internet hive mind more than random website put up by individuals).

The word chemical, at its core, really doesn’t tell you much about something. It’s as general a term as material or substance. However, if I went up to someone and asked if they wanted to drink a chemical, they’d probably look at me like I had twenty heads.

This always reminds me how a words literal meaning and the meaning it carries for individuals within a culture or society, can be different things and can affect the power and effects that the word has.

Last night, I was reminded how chemical’s connotation can spread fear and panic, even to people who are aware of the words denotative meaning.

The lake I live on was getting an being treated with alum, which will bind excess nutrients, specifically phosphorus, and reduce the amount of cyanobacteria blooms in the lake. The barge carrying the alum capsized.

The whole neighborhood was out watching the ensuing spectacle of trying to flip the barge back over and drag it to shore. The more people threw around the word “chemical” the more nervous people got. By the end of the night, there was a post on Facebook claiming “Time to take a stand merrimac this company the town hired just flipped the boat carrying 1500 gallons of environmental hazardous materials” The language in this post in powerful in a negative way. It uses words whose connotative meaning scares people with a call to action based on false information.

The town did not hire the company when in reality, the lake association did the hiring, and the funding came from two towns, association fundraisers, and an EPA grant.  The materials were going into the lake anyway, and at the time this was posted, the tanks had not been recovered, so no one actually knew how much of the alum, if any, had actually spilled. The hazard was that the alum and the chemical used to balance the ph might not have spilled in the same proportions they would be put into the lake in. Some of the older, weaker fish might die — the same fish that would probably die when the water temperature rose and the oxygen levels declined in the summer.

However, the person who posted this didn’t care about truth. The language in this is intended to scare and aggravate people. In Merrimac, residents are facing tax hikes because of a new school and a new police station. This person used language and misinformation to try and decrease people’s confidence in the town’s decision making abilities when it comes to spending money and hiring contractors, probably trying to get people to oppose the necessary but expensive new school.

When I log onto the town Facebook, I often find myself wondering how much thought people actually put into these posts. How much of it is careless and unfiltered, and how much is calculated lies and word choice people use to further their own, small-town political agenda?

I’ve also noticed that the tone these malcontents use in their town-related posts echoes that of some politically conservative relatives and twitter trolls. However, detailed analysis of the language used in social media forums is content for a completely different post.

What I hope readers take away from this post is that often, the connotation of a word lends it far for power than its denotative or literal meaning.

The difference between chemical’s connotative and denotative meaning surprised me when I was a child, but it was something I didn’t really think much about it until last night when the word “chemical” was spreading fear throughout my neighborhood.

Chemical may have been an accurate term for the contents of the tanks, but saying “substance” or “material” would have been accurate too, and they would not have conjured the same fear as chemical did. Even using the name of the chemical might have caused less fear.

The words and language we use are as important and influential in our interactions with our neighbors, friends, and family as they are within our writing.

Can you think of any words whose connotative meaning evokes fear?