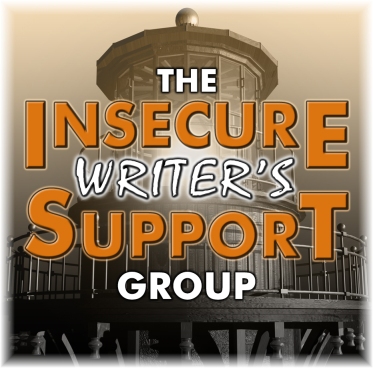 Whose perspective do you like to write from best, the hero (protagonist) or the villain (antagonist)? And why?

My favorite characters to write are the ones who are both hero and villain.

Power Surge is a great example of this. The whole book is from Erin Evanstar’s point of view, and the conflict with the most tension is Erin versus Erin.

Technically speaking, there is mysterious demon stalking Erin who eventually plays the role of the villain Erin has to fight. But honestly? For most of the book, Erin is in more danger of hurting  themself than they are of being seriously wounded or murdered by the demon. After all, the demon wants to capture Erin alive, and while it isn’t shown on the page, readers know that Erin has attempted suicide at least once in the past two years.

Danger factor aside, the demon villain isn’t on page as much as a villain should be and doesn’t take as much action as a true antagonist would. He’s not even the real big bag behind the apocalypse, but an agent of that big bad. 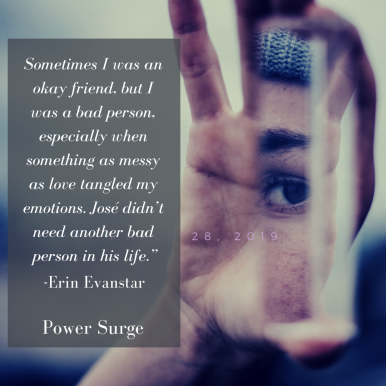 Erin is their own antagonist.

In the relationship subplot between Erin and José, Erin is the biggest obstacle Erin has to overcome. José isn’t perfect. He says and does some stupid things because he is a mess, but inside, he really is a sweet guy who selflessly loves Erin. As much as Erin loves him too, there are times where they treat him horribly. If the relationship is going to work, Erin needs to defeat Erin.They need kick their dark, selfish side’s ass.

I have written heroes who are actually decent human beings and have actuall villains to defeat, and I’ve enjoyed writing them, but not as much as I’ve enjoyed Erin and other characters like Erin. I love the necromancer, succubus, troll, and human-eating alien farmer that have doubled as antagonists and protagonists in my short stories.

I think I know why.

The stories and characters I become the most invested in are the ones inspired by my fears. There are plenty of things I’m afraid of. Serial killers, bad dog owners, parking garages at night, elevators, crowds, sexual predators, and the dark are just a few items on a long, long list.

But the darkness I fear most is the one that quietly lurks inside of me. What would happen if it got too loud? Who could I hurt? What lines would I cross? Would there be any chance of redemption?

I write this darkness into my characters. I make it worse. I give them less self control. I make their upbringing rough and filled with tragedy and a lack of good mentors, and with things I imagine would have pushed me over to the dark side.

Soon enough, the characters take on a life of their own. When I start to get that feeling that they are growing independently of me and making their own choices, it is time to get plotting.

I want to see how long they can hold their own darkness off for. I want to see what happens when they fail. What lines will they cross? Can they come back once they cross those lines? 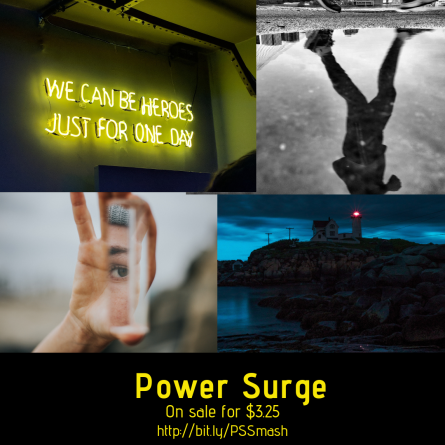